Kat Kelly – While I have not yet placed my order for Sheryl Sandberg’s new book, ‘Lean In,’ ordering it is on my seemingly endless to do list. There is a lot of talk about the rebirth of feminism, which excites me.

My initial reaction to the coverage around the book was “YES! YES! YES!” Now don’t get me wrong, I’m still excited. Sandberg is saying things that need to be said. She has opened the forum to a dialogue that needs to happen. Additionally, she has launched an online community where women can share collective stories. Despite her honest efforts to help women remove personal and professional barriers, I have seen so many women writing pieces about how they disagree with Sandberg’s stance, that not all women want power, not all women want to bust through the glass ceiling. That is true. That is not her point.

What I would like to challenge is the notion that it is all “us.” I can attest to the fact that we, as women, may limit our thinking. We may see a glass ceiling. We may not believe that we can “have it all” or that we can be as bold and aggressive as our male counterparts. After all, when we are aggressive, we are often labeled, “bitches.”

The truth is this, the glass ceiling exists. There, I said it.

Looking statistically at who gets hired, if you buck the trend of femininity or how women should be, it makes the walls a bit harder to scale. Take it from me. I’m an award winning marketer. But I’m also a large woman. I’m assertive and outspoken. At 5’10” in most interview settings with men over the entirety of my career, I have been taller and bigger. I have repeatedly been told that men are intimidated by me. A few years ago, I started Leaning In and stopped holding back. I did that when I realized that holding back and presenting a softer, meeker version of myself was not helping me advance. I spent time in an executive role and have been the only woman manager on a leadership team of close knit men.

As uncomfortable as it is for us to admit, the “boys’ club” still exists. Amy Ray sings of the “stupid secret white boy hand shake that we’ll never be part of” in her song, Lucystoners. It took me a long time to admit that white male privilege still exists, but the truth is..it does.

With that in mind, we do need help with the lean. The simple fact is, we women are not the only ones who have to change. So, while we may start collectively leaning in, we also need to figure out how we can start affecting change in areas that are outside of our control right now. Those areas controlled by decision makers at the tops of companies that often do fit into the boys club.

Kat Kelly has been on all sides of the table and truly understands just how much leaning in needs to happen from all sides. 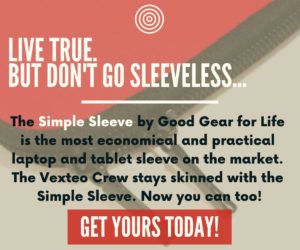 Clearing the Past and Setting a Path: Rituals for the New...

Spare Yourself the Struggle: It’s OK Not to Fit In

ABOUT US
Vexteo is the world's first grassroots platform dedicated to sharing the human experience through our individual and collective stories. Vexteo. These are your stories...
FOLLOW US
© 2011-2022 Vexteo Media Group, LLC. All Rights Reserved.
MORE STORIES