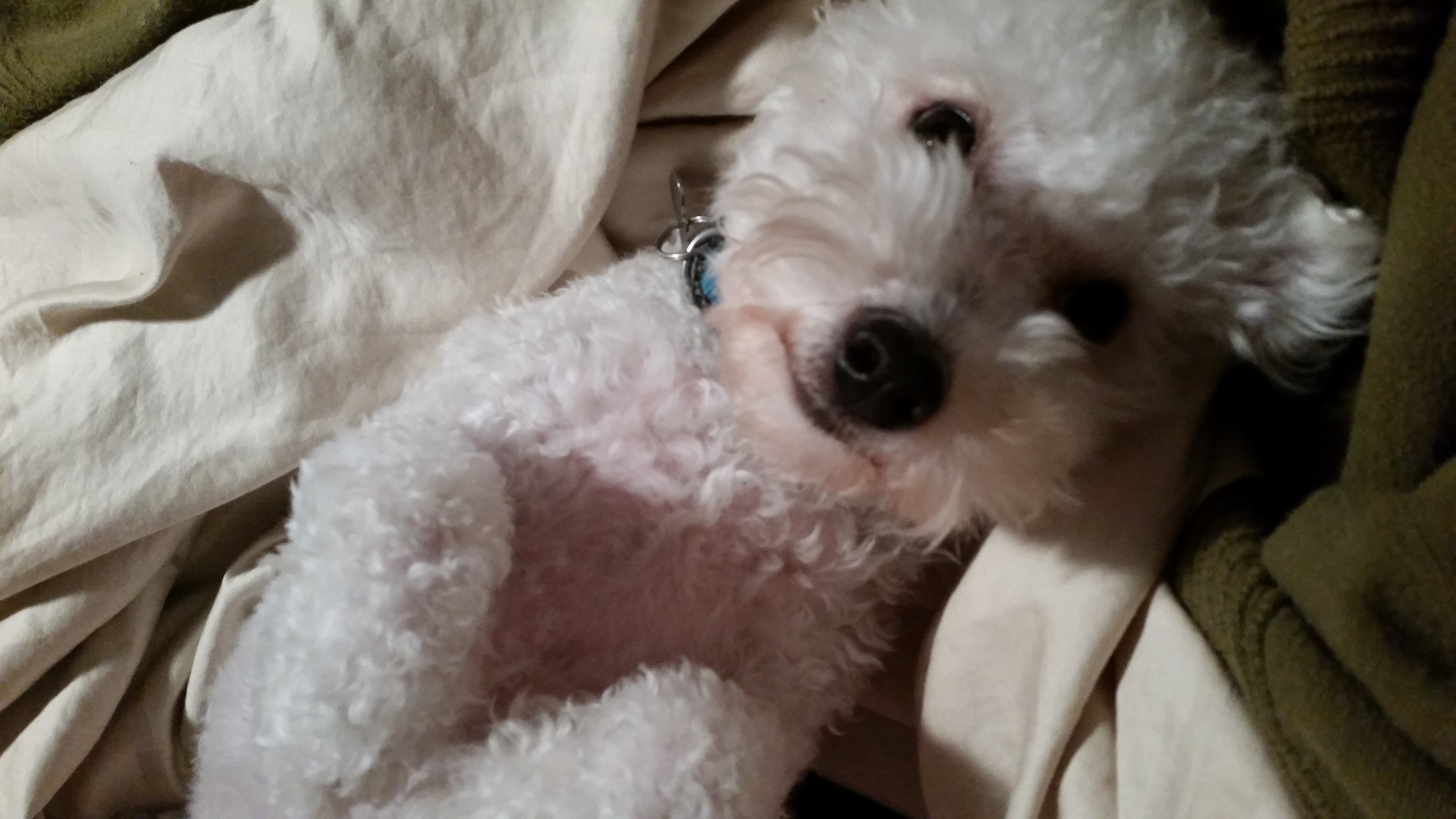 I never wanted a dog again.  After spending years in a relationship where we overcompensated for our disconnected relationship by adding pets, I was overwhelmed by the idea of having to care for another living thing.

Truthfully, I had closed my heart.

Through the years after my breakup, I learned to accept that I would never really get over it.  I knew that I would always love my former partner.  I learned that sometimes we have to hurt people by leaving; because staying would have been even more hurtful to them; whether they see it that way or not.

As I learned to date again, try to see new people, pretend to be a social-butterfly, and try to get comfortable in this new skin and in uncomfortable situations, I learned to accept the idea that you really only can put one foot in front of the other and that is ok.  In my three years of nearly-mid-life-singledom, I learned things that I never had in my twenties.

When I was younger, I never really dated.  Rather, I just kind of moved on in or vice versa.  I thought that if someone was “willing” to love me, I should love them.  But in my late 30’s, I started do be more comfortable in my own ability to assert.  I often joke that I was 10 years behind in my development.  Frankly, if we put age expectations around things, that is true.  I also joked that it cost a lot in therapy to become some aware.  That is true too.

So, after imploding the only sense of family I really ever had, moving out on my own for the first time REALLY, questioning my own sexuality, dating an endless array of characters that led me to question whether I would ever meet anyone, being lied to and cheated on, I found my partner.

I was heartbroken.  She was patient and kind.  Day by day, we work both alone and together.  This is the kind of love I have always dreamed of.  It is a “pinch myself” good kind of love.

All that is to say, it really can happen.  The truth is everything really does happen so that room can be made for something else.

How do I know that this is the real thing?  I just cleaned up a little puppy housebreaking accident and it made me feel alive instead of crushed.

Welcome to Tidy Tips: Declutter Your Mind, Body, and Spirit Through...

All Up in My Feels; A Thanksgiving Reflection of Gratitude and...

Can You Feel the Beat? Tell Us All About It! Call...

ABOUT US
Vexteo is the world's first grassroots peer2peer inspiration and storytellers' platform. Vexteo. These are your stories...
FOLLOW US
© 2011-2020 Vexteo Media Group, LLC. All Rights Reserved.
MORE STORIES

Losing Mom and Trying to Find Myself